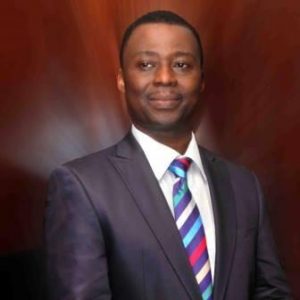 1 Now Naaman, captain of the host of the king of Syria, was a great man with his master, and honourable, because by him the LORD had given deliverance unto Syria: he was also a mighty man in valour, but he was a leper.

2 And the Syrians had gone out by companies, and had brought away captive out of the land of Israel a little maid; and she waited on Naaman’s wife.

3 And she said unto her mistress, Would God my lord were with the prophet that is in Samaria! for he would recover him of his leprosy.

4 And one went in, and told his lord, saying, Thus and thus said the maid that is of the land of Israel.

5 And the king of Syria said, Go to, go, and I will send a letter unto the king of Israel. And he departed, and took with him ten talents of silver, and six thousand pieces of gold, and ten changes of raiment.

6 And he brought the letter to the king of Israel, saying, Now when this letter is come unto thee, behold, I have therewith sent Naaman my servant to thee, that thou mayest recover him of his leprosy.

7 And it came to pass, when the king of Israel had read the letter, that he rent his clothes, and said, Am I God, to kill and to make alive, that this man doth send unto me to recover a man of his leprosy? wherefore consider, I pray you, and see how he seeketh a quarrel against me.

8 And it was so, when Elisha the man of God had heard that the king of Israel had rent his clothes, that he sent to the king, saying, Wherefore hast thou rent thy clothes? let him come now to me, and he shall know that there is a prophet in Israel.

9 So Naaman came with his horses and with his chariot, and stood at the door of the house of Elisha.

10 And Elisha sent a messenger unto him, saying, Go and wash in Jordan seven times, and thy flesh shall come again to thee, and thou shalt be clean.

11 But Naaman was wroth, and went away, and said, Behold, I thought, He will surely come out to me, and stand, and call on the name of the LORD his God, and strike his hand over the place, and recover the leper.

12 Are not Abana and Pharpar, rivers of Damascus, better than all the waters of Israel? may I not wash in them, and be clean? So he turned and went away in a rage.

13 And his servants came near, and spake unto him, and said, My father, if the prophet had bid thee do some great thing, wouldest thou not have done it? how much rather then, when he saith to thee, Wash, and be clean?

14 Then went he down, and dipped himself seven times in Jordan, according to the saying of the man of God: and his flesh came again like unto the flesh of a little child, and he was clean.

MEMORY VERSE: “And many lepers were in Israel in the time of Eliseus the prophet; and none of them was cleansed, saving Naaman the Syrian.” – Luke 4:27

PRAISE WORSHIP: Take a worship song as led by the Holy Spirit

PROPHETIC WORD FOR TODAY:
EVERY YOKE OF DISTURBANCE, LET THE YOKE BE BROKEN, IN THE NAME OF JESUS.

What we are considering today will provide solution to problems which many are going through. Beloved, you are reminded as you read yesterday that the three letter word ‘but’, can change everything. You must challenge any such thing that is challenging the glory of God in your life. Do you know that a single ‘but’ can wipe away all your fantastic positive qualities?

Many Biblical giants or potential giants lost out as a result of one single “but” in their lives. Moses was a mighty prophet, but he had a ‘but’ called anger and that anger did not allow him to enter into the Promised Land. The ‘but’ swallowed his entry visa into the Promised Land. Gehazi might have been a mighty prophet and indeed he might have been a prophet of fire and thunder like his master; Elisha, but he had the ‘but’ of covetousness and the love of money. That singular ‘but’ deported Gehazi to the land of lepers. David was an excellent Psalmist, a powerful soldier, a great musician and an outstanding prayer warrior. But, he had the singular giant “BUT” of sexual immortality which denied him of part of the glorious position that God reserved for him.