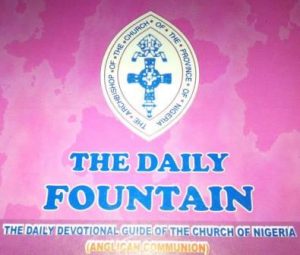 TOPIC: God’s Concern For His Name

16 Moreover the word of the LORD came to me, saying:

17 “Son of man, when the house of Israel dwelt in their own land, they defiled it by their own ways and deeds; to Me their way was like the uncleanness of a woman in her customary impurity.

18 “Therefore I poured out My fury on them for the blood they had shed on the land, and for their idols [with which] they had defiled it.

19 “So I scattered them among the nations, and they were dispersed throughout the countries; I judged them according to their ways and their deeds.

20 “When they came to the nations, wherever they went, they profaned My holy name — when they said of them, ‘These [are] the people of the LORD, [and] yet they have gone out of His land.’

21 “But I had concern for My holy name, which the house of Israel had profaned among the nations wherever they went.

22 ” Therefore say to the house of Israel, ‘Thus says the Lord GOD: “I do not do [this] for your sake, O house of Israel, but for My holy name’s sake, which you have profaned among the nations wherever you went.

23 “And I will sanctify My great name, which has been profaned among the nations, which you have profaned in their midst; and the nations shall know that I [am] the LORD,” says the Lord GOD, “when I am hallowed in you before their eyes.

There is a basic truth in today’s passage – God is concerned for His reputation or His Holy Name. God chose Israel to serve as His oracle, to make Him known to the world, but Israel failed. They behaved like the neighbouring heathen nations in blood-shedding and idolatry. They were therefore banished. But their banishment was misconstrued by the unbelieving nations as:

(3) Many Israelites in scattered locations behaved poorly and this brought dishonour to Jehovah and His Holy Name (verse 21).

God would therefore restore Israel, not because they deserved it but for His Name’s sake. Israel’s restoration would first demand her repentance by God’s grace (Philippians 2:13) and this restores God’s glory before the heathen nations.

Christians should not abuse God’s grace by behaving like unbelievers – indulging in bloodshed, idolatry and worldliness. God’s Name is Holy and they that identify with Him must depart from iniquity. God is holy; He demands holiness from us (Leviticus 19:2). The gods of unbelievers are unholy, hence their unholy lifestyle. We must not give cause for God’s Name to be mocked by unbelievers.

PRAYER: Keep me shining Lord in my life so that You will be glorified in me.