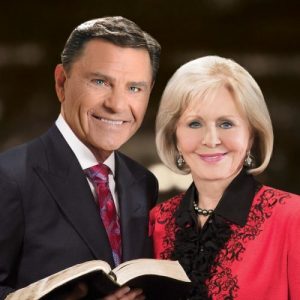 And the ruler of the synagogue answered with indignation, because that Jesus had healed on the sabbath day, and said unto the people, There are six days in which men ought to work: in them therefore come and be healed, and not on the sabbath day. – Luke 13:14

You can see an example of that in Luke 13. Jesus healed a woman who had been bowed over for 18 years. Think of it, a dear old woman—a daughter of Abraham Jesus called her—set free after being bound by the devil for nearly two decades. You’d think the temple rulers would have been rejoicing at what Jesus had done. But, no! They were angry because He’d done it on the wrong day.

Do you know what’s worse? Those very same religious leaders who criticized Jesus for healing on the Sabbath could have ministered healing to that woman themselves on any of the other six days of the week if they’d cared enough to do it.

That’s why Jesus was so indignant with them. They had the same covenant of Abraham that Jesus was ministering on. But their religion had kept that woman bound instead of setting her free. It always does.

Remember that next time someone tries to get you sidetracked into a religious debate about healing or deliverance. If someone needs to be delivered from a demon, just do it! Don’t get all hung up on theological questions about where the demon is.

“Is it in his body? Or his brain? Or his spirit? Or his pocket?” While you’re arguing about questions like that, the demon will be driving the poor guy up the wall.

The question isn’t, “Where is the demon?” The question is, “Why haven’t we gotten this man delivered? He’s our blood brother in the Name of Jesus and he ought to be free!”

Once you start asking that question, you won’t care whether that demon is inside or outside, hovering over or sitting under. All you’ll care about is getting that person free!

This message was written by Kenneth and Gloria Copeland, the leader of the Kenneth Copeland Ministries (www.KCM.org) that specializes in teaching principles of bible faith – prayer, healing, salvation and other biblical topics.