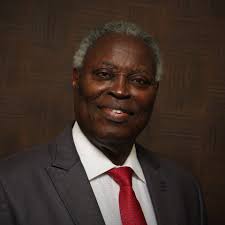 2 If there be found among you, within any of thy gates which the LORD thy God giveth thee, man or woman, that hath wrought wickedness in the sight of the LORD thy God, in transgressing his covenant,

3 And hath gone and served other gods, and worshipped them, either the sun, or moon, or any of the host of heaven, which I have not commanded;

4 And it be told thee, and thou hast heard of it, and enquired diligently, and, behold, it be true, and the thing certain, that such abomination is wrought in Israel:

Recently, a country in Africa rose in stout defence of some of her citizens on death row in another country over allegation of hard drug trafficking. The foreign country is known to execute those found guilty of such offence; but it was discovered that some “convicts” were wrongly condemned as they knew nothing about the drugs found in their luggage. The African country was able to prove their case beyond reasonable doubt that the conviction was cancelled and the convicts freed.

God is a God of orderliness and justice. He knows that a natural man is evil and can go to any extent to hurt others, even to the point of death. Although He had prescribed death for idol worshippers in Israel; He insisted that those who must die should first defend themselves. He insisted that execution of suspects must not be a premeditated thing but a thorough process in which more than one person must testify against the individual standing trial. This was also to eliminate death through malice, vendetta and sheer hatred.

From the passage, God declared that no gossip is to be used as evidence to convict one of idolatrous worship. Since such worship carried with it the penalty of death, then the accused must be faced by, at least, two witnesses who could confirm the accusation. In whatever field believers find themselves in the secular world, the church and family, justice must be our watchword. Those who lead others must not draw conclusions on hearsay. Thorough investigations must be carried out to ascertain the truth of an allegation against someone.

We must emulate the God of justice; we too must go the whole length to ensure that the just is not punished unjustly. Believers must ensure that no one is ill-treated on account of perception but justice must prevail at all times.