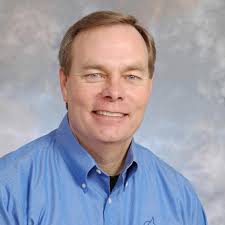 Luke 19:12-13 ‘He said therefore, A certain nobleman went into a far country to receive for himself a kingdom, and to return. And he called his ten servants, and delivered them ten pounds, and said unto them, Occupy till I come.’

The main purpose of this parable is to show that there would be a long period when Jesus would go away before returning to fulfill the prophecy about a physical kingdom on earth.

The nobleman’s servants were called to give an account for what they had done with their lord’s money that was delivered unto them. The servants were commanded to ‘occupy till I come.’ These servants represent the followers of Jesus. However, being a follower of Jesus is more than simply not rejecting Him. It is an active commitment to serve Him. One of the ten servants had served himself and not His master. He did nothing with what his lord had given him. This wicked servant was stripped of what he had and it was given to the servant who had used his lord’s money wisely.

This illustrates that the Lord expects us to grow. This is made very clear in the parables of the kingdom which Jesus taught. In nearly every parable, growth or increase is expected. This servant who did nothing with what his lord gave him represents a believer who never grows or brings increase to God’s kingdom.

This message was written by The Association of Related Ministries International (ARMI) is an extension of Andrew Wommack Ministries (AWM). ARMI is a unique partnership committed to providing resources to help like-minded ministers succeed in a spirit of excellence and to draw from the experience and expertise of both the AWM and Charis Bible College staff. (www.awmi.net).